Members of the SINTEF team (Sepideh Jafarzadeh and Magnus Myhre) travelled to Bordeaux, France the 26th of February to have a workshop with representatives from partner IRSTEA for three days. During the meeting, all the stakeholder workshops from the French case area were condensed into causal loop diagrams, with overlapping variables from the workshops highlighted and later used to merge the workshop CLDs into a comprehensive case study diagram that included all the workshop results. 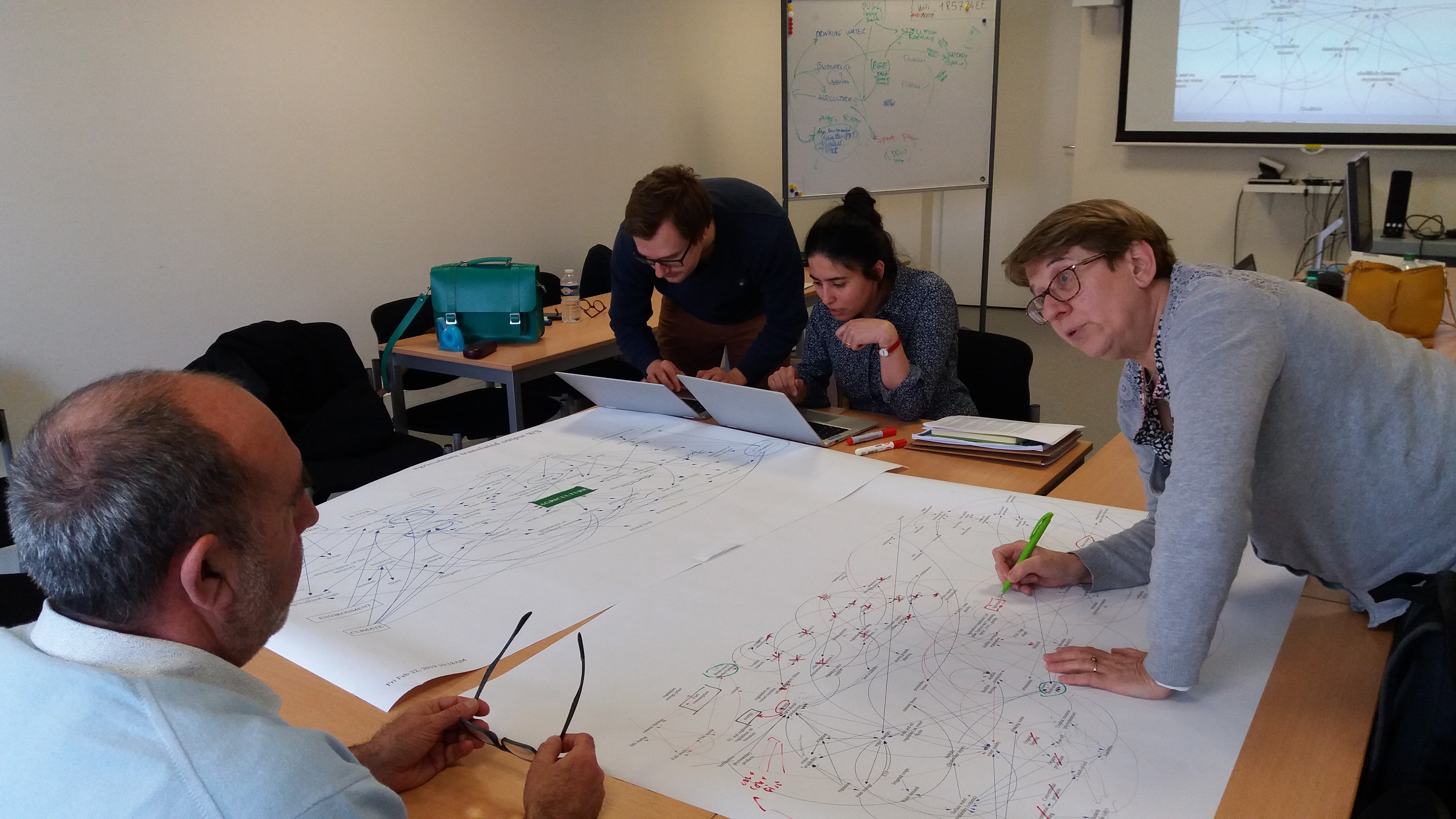 This work is part of what comprises tasks in work package 1 on multi-actor analysis. In. this workpackage, the work centres on initiating and coordinating the multi actor approach used in COASTAL, where actors and stakeholders are engaged in interactive meetings, first separated by sectors and then later joined in multi-actor labs (MALs) where their input is critical in the development of qualitative models that are later used in other work packages.

The reasons for this session of condensing mental maps is that they, in their initial forms from the sector workshops, are too complex and unpolished to be able to be translated into a useful model directly, mainly because it would be impossible to collect the data and equations. In some of the sector workshops, stakeholders often raised 10-15 issues or variables which would have to be condensed to only a few so that they capture the underlying dynamics of what was meant by the sector representatives.  Feedback is furthermore not the main concern of stakeholders, but from a modelling perspective, the objective is to identify and model the dominant  feedback loops,  which is what was done during these sessions between the sector workshops and the later MALs.