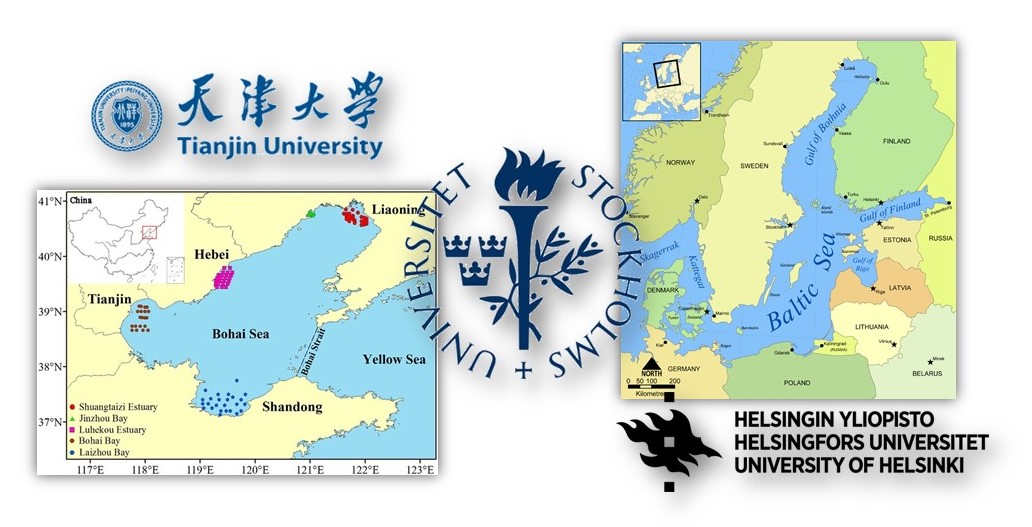 Nine researchers from Stockholm University (SU) in Sweden, Tianjin University in China, and the University of Helsinki in Finland participated in this workshop and discussed the impacts of human activities on land and at sea as well as natural phenomena such as seasonal ice covering on coastal and seawater quality. The workshop was organized by the Department of Physical Geography at SU and started with three key presentations by:

(i) Prof. Georgia Destouni, the head of the department, presenting the university and introducing ongoing projects on the Baltic Sea and its coastal zones at the department;

(ii) Prof. Dekui Yuan, presenting the School of Computational Fluid Dynamics at Tianjin University and overviewing their projects on water quality modelling of the Bohai Sea and its coastlines; and

(iii) Dr Elina Kari, presenting her research on the Baltic Sea region. The workshop continued by researchers and PhD students at SU presenting their projects on physical and hydrodynamic modelling of the Baltic Sea, system dynamics modelling of the Baltic Sea coast, and hydrodynamic connectivity of the coastal areas. The COASTAL project was also presented at this workshop, addressing a new perspective on water quality modelling at coastal regions based on engaging stakeholders and local experts and implementing a systems thinking approach. The workshop followed by discussions among all participants to explore potential collaboration opportunities between the three universities on water quality modelling of seas and coastal regions.